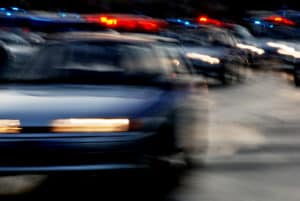 According to the CHP, 61-year-old Ronald Baldonado was heading south on Highway 1 in his Ford.

As he slowed down to turn left on Deer Creek Road, 42-year-old Javier Carillo from Oxnard was heading south on Highway 1 in his International truck, driving just behind Baldonado.

Meanwhile, 76-year-old James Buchanan was heading north in his Subaru. For reasons still unknown, Javier Carillo failed to slow down behind Baldonado and crashed the Ford’s rear.

The Aftermath of the Crash on Highway 1

Due to the impact, Baldonado went into the northbound lane and crashed with James Buchanan’s car.

The California Highway Patrol revealed that the three vehicles suffered major damage. The authorities also temporarily rerouted the north and southbound traffic on the right shoulder of Highway 99 for around 2 hours.

The California Highway Patrol is currently investigating the collision. They are also still encouraging anyone who may have seen the crash to contact Ventura Area CHP at (805) 662-2640.

We extend our deepest condolences to the loved ones of Javier Carillo. We also wish the injured party a swift and steady recovery.

If you have lost a loved one in a wrongful death accident, or have suffered injuries in a crash, turn to the Sweet Lawyers today. We strive to fulfill our clients’ needs for justice in a timely fashion. As your attorney, we promise to remain forthright, diligent, and dedicated as we effectively litigate your case in court. For over 44 years, our seasoned lawyers have achieved justice and excellent compensation for victims involved in auto collisions and other types of negligent accidents. Call us at (800) 674 7852 for a free consultation. In addition, we can be reached 24/7.