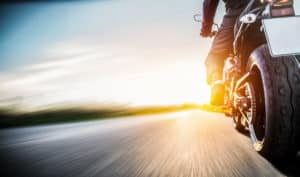 HENDERSON, NV (May 13, 2019) – Authorities identified 42-year-old Jason Parker of Las Vegas as the man killed in a motorcycle accident near South Eastern Avenue.

According to the Henderson Police Department, the incident happened at Robindale Road and Jessup Road, shortly after 1:30 AM. A 2008 Harley Davidson motorcycle approached a “T” intersection at a high rate of speed. Parker failed to make a turn and crashed into a gate and a block wall.

Emergency responders transported the motorcyclist to Sunrise Trauma Center with blunt force injuries. Unfortunately, Parker succumbed to his injuries and was pronounced dead at 11:00 AM.

Investigators believe that impairment and excessive speed contributed to the fatal crash. Additional information will be released following the conclusion of the investigation.

We at Sweet Lawyers offer our heartfelt condolences to the family and friends of Jason Parker. Our thoughts and prayers are with them during this trying time. May he rest in peace.

If you have suddenly lost a loved one in a motorcycle accident, reach out to the wrongful death lawyers at Sweet Lawyers. With over 40 years of experience in the legal field, we know what it takes to win your case. Call our offices today at (800) 674-7852 to set up a free consultation with a legal professional in your area. For your convenience, you can also reach us through email, text message, and online chat 24 hours a day/7 days a week.