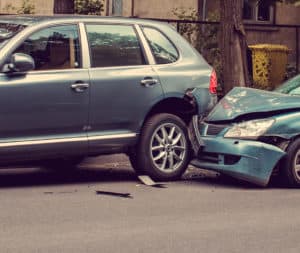 LANCASTER, CA (January 16, 2019) – A 32-year-old man was killed early Tuesday in a multi-vehicle crash that was caused by a bale of hay that tumbled off an overturned big rig on West Avenue E near 50th Street West.

The incident happened around 5:45 a.m. just east of 50th Street West, according to the California Highway Patrol.

Jared Intravia was traveling eastbound on Avenue E in a Honda Civic when a bale of hay tumbled off a 2016 Kenworth tractor, heading westbound on Avenue E. The big rig, driven by a 40-year-old Brawley man, drifted to the right shoulder causing the second trailer to overturn as the trucker overcorrected. Multiple large bales of hay tumbled onto the roadway, causing a multi-vehicle crash.

Intravia’s Honda was one of the vehicles struck by the hay bales. He was pronounced dead at the scene, and four others were taken to Antelope Valley Hospital. The big rig driver was unharmed in the collision.

Neither alcohol nor drugs were believed to be a contributing source to the crash.

Our heartfelt sympathies go out to the bereaved family and friends of Jared Intravia.

The Sweet Law Group is a personal injury law firm helmed by trained attorneys with years of experience. We charge no out-of-pocket fees until we win your case. If you are looking to acquire justice and the highest compensation possible, call (800) 203-3061. Our firm was designed to help you overcome these challenging times. We will never lose sight of what is best for you and will fight for you every step of the way. If you would like to file your car accident claim, call us immediately.