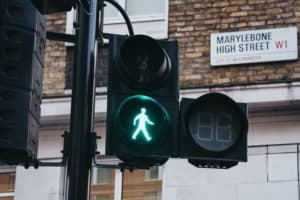 California Highway Patrol revealed that the incident occurred at 8:50 p.m. on May 2.

Dispatchers arrived on the southbound lanes of the Long Beach Freeway near Alondra Boulevard, shortly after.

According to witnesses, they first saw a man in the No. 3 lane. When the responding officers arrived at the scene, they found multiple vehicles on the right shoulder. They also found the male pedestrian’s body in the road.

The Los Angeles County coroner later confirmed the identity of the deceased as 41-year-old James Gomez.

The incident also led to the closure of all the southbound lanes to give way to the officers and crews who worked at the scene. However, the roadway has since reopened.

Moreover, none of the vehicles involved have been identified by the police. Due to the lack of additional information, the authorities continue to investigate the deadly pedestrian crash on 710 Freeway.

To the grieving family and friends of James Gomez, we want to offer our heartfelt sympathy. May you be blessed and comforted during this difficult period.

If your safety was put under a great threat on the road or you lost a loved one in an accident, contact Sweet Lawyers. We have over 40 years of experience in the legal field, and we will fight to achieve the justice and compensation that you and your family deserve. Our attorneys and experienced professional legal team have dealt with cases including wrongful death. Call our offices today at (800) 674 7852 for a free consultation at a location near you. For your convenience, we can also be contacted 24/7 by email, online chat, and text message.