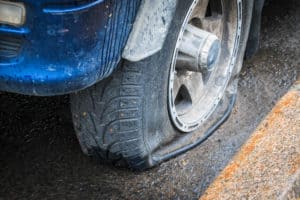 The incident occurred around 10:30 p.m. and drew Modesto Fire Department crews to the scene. According to news reports, a Hummer SUV struck a pole before leaving the scene and traveling on Briggsmore Avenue toward Lakewood. Soon after, police officers found a Hummer in the eastbound Lane of Briggsmore Avenue yet facing west.

There, police found 40-year-old Jamal Jaron Lea in the vehicle and arrested him. Officers booked him into jail on one count of misdemeanor driving under influence of drugs or alcohol.

Neither Lea nor anyone else suffered any injuries in the crash.

Driving while under the influence is never worth the trouble. You can face DUI charges and involve others in your mess. Alcohol and other mind-altering substances can slow your response activity, compromise your judgment and leave you disoriented. Avoid drinking and driving at all costs and opt for safer ways of transportation.

To schedule a free case evaluation with the Sweet Lawyers, call (800) 674 7852. Together, we’ll review your case and dive deeper into your options. Our personal injury firm has been around for 40 years helping families recover from their car accident. If you are experiencing loss of income, injuries or trauma, you can count on us to grant you full compensation in due time. It’s not too late to take legal action and prosecute the reckless driver.