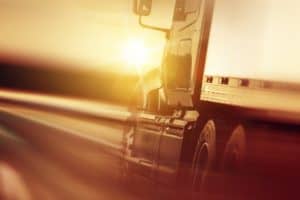 Jacqueline Arbarca, 23, sustained critical injuries in the two-vehicle crash that unfolded that Friday.

According to a statement by Nevada Highway Patrol, a Honda Civic traveling at speeds of about 88 mph in a 55-mph zone was traveling eastbound on Blue Diamond Road. A westbound semi-truck hauling double trailers attempted a left turn onto South Torrey Pines Drive.

However, the Honda Civic subsequently struck the truck’s second trailer, driving under it, and ripped off its own roof.

In addition, a 3-year-old girl in a rear child safety seat escaped major injuries yet was brought to UMC as a precaution.

The driver of the semi-truck reported only minor injuries, say reports, and is cooperating with investigators.

According to Trooper Buratczuk with NHP, Abarca succumbed to her injuries nearly a week after the devastating crash. Still, authorities are seeking the ultimate causes.

We would like to take this moment to express our condolences to the bereaved family and friends of Jacqueline Abarca.

When choosing a team of lawyers to fight for you, consider the Sweet Lawyers. Our attorneys at law are pleased to meet with you and discuss your case further during your free consultation. We strive to provide our clients with a winning outcome, helping them cover any medical or memorial costs. Why settle for these unfair circumstances when you can file a claim and hold the negligent driver responsible for his or her actions? To get your case in motion, call (800) 674 7852.