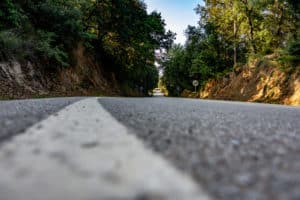 According to the Snohomish County Sheriff’s Office, the accident unfolded around 12:30 a.m. First responders arrived to the area shortly after.

Authorities say the vehicle was reportedly traveling north on 27th Avenue Northeast before crashing into a wooded area for unknown reasons.

The 19-year-old passenger, Jacob A. Hedington of Mount Vernon, was pronounced dead on scene as a result of the impact.

Furthermore, paramedics also brought the 19-year-old Mount Vernon driver to a hospital for minor injuries. However, his identity and current condition has not yet been released.

Detectives later discovered that alcohol and speed might have contributed to the accident. As a result, officers arrested the driver on charges of vehicular homicide.

More on this crash is currently under investigation.

With sincere sympathies, our law firm would like to express our condolences to those mourning this unsuspecting loss of Jacob Hedington.

You can guarantee that the experienced Sweet Lawyers will be there with you every step of the way. From your first consultation to the day we settle your case, we’ll work aggressively in representing you. Our lawyers are experienced in personal injury, wrongful death, car accidents and disability law. If you refuse to settle and would like to hold the reckless driver accountable for his or her actions, call (800) 674 7852.