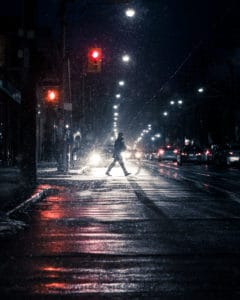 Meanwhile, police arrested the driver who was later identified as 49-year-old Richard Lee Milburn Jr. His parked vehicle was located in a nearby neighborhood shortly after.

Milburn is currently facing charges on suspicion of hit-and-run as well as not having a valid registration. Police also revealed that Stephens did not use a crosswalk.

“It does appear to have occurred mid-block,” Sgt. Alan Hollingsworth with Reno Police stated. “This did not occur in the intersection, I really can’t tell you exactly how it happened at this point, but I can tell you it happened at mid-block McCarran.”

Our heartfelt sympathy is with the family and friends of Jack Stephens during this difficult time.

If you are looking for a trusted pedestrian-car accident attorney, turn to Sweet Lawyers. We have over 40 years of experience in dealing with cases including pedestrian accidents and personal injury. We aim to help you get the justice and compensation that your family deserves. Call us at(800) 674 7852 for a free consultation.