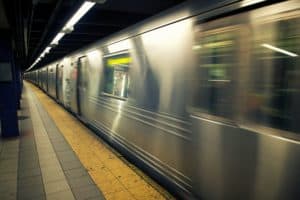 According to Caltrain spokesman Alex Eisenhart, the incident involved southbound train no. 156. The crash occurred on the Main Street crossing, just south of the Redwood City station.

The Caltrain reportedly struck and killed the victim. Eisenhart added that the four passengers of the train remained uninjured.

Meanwhile, the incident also briefly suspended the operations of all the trains in the area. At around 4:25 p.m., the crews managed to clear the northbound for movement with a speed restriction of 10 mph.

The trains also single-tracked through the area as of 5:30 p.m. Due to the incident, the authorities advised the public to expect an hour’s delay.

Moreover, the surrounding area near the train track was closed off during preliminary duties. However, the roadway has since reopened.

After the San Mateo County Coroner’s Office notified the family of Mr. Preston, they released his name to the public. No further information has been given.

We send our sympathies to the family and friends of Jack Preston.

If someone you love has recently been involved in a similar incident, you do not have to face the aftermath alone. Our accident lawyers are vastly trained in train accidents and more. Our attorneys will guide you through every step of the way to assure you receive the justice and compensation your family deserves. Allow us to handle the legalities while you focus on healing from your loss. Our firm does not collect any payment until we win big for you, and we also do not require any silly “retainer” fees like other law offices. To schedule a free consultation, call today at (800) 674 7852 and speak to an experienced legal professional. For your convenience, you can also reach us 24 hours a day and 7 days a week by email, online chat, and text message.