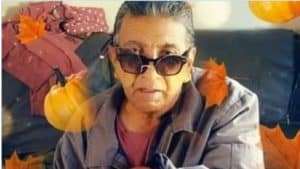 Ismael Arrenaviz Killed in a Fatal Accident in northeast Bakersfield

BAKERSFIELD, CA (March 11, 2020) – A father of nine named Ismael Arrenaviz passed after being struck by a car while on his bike in the late morning of March 10.

According to police reports, the incident involved two vehicles and Ismael Arrenaviz on his bicycle.

The fatal accident began when at around 11:41 a.m., a male driver headed westbound on Columbus Street.

As the driver neared Union Avenue, he fell asleep behind the wheel.

He then drove past a red light, entering oncoming traffic. To avoid the other vehicles, he veered left, hitting Arrenaviz, who was stopped waiting at the light.

Another vehicle from that oncoming traffic then struck the rear of the driver who hit Arrenaviz.

The Bakersfield Police Department later revealed that Arrenaviz died from the injuries he sustained at the scene.

Although the incident is still under investigation, the driver who struck Arrenaviz at the scene did not test positive for DUI.

Ismael Arrenaviz is survived by his wife and nine children. His daughter, Vanessa Arrenaviz, has set up a GoFundme in order to help subsidize his funeral expenses. Vanessa describes her father as a man of God who always showed up when someone needed help.

Sweet Lawyers extends our deep sorrow and condolences to the family and friends of Ismael Arrenaviz.

Losing a loved one in a car crash is difficult in and of itself. Sweet Lawyers understand the heavy weight that of a stunning loss such as this one. Talk to us and we’ll discuss how to legally deal with what’s happened. We have over 40 years of experience in the field, and we know what it takes to win your wrongful death case. We promise to fight, day and night, to achieve the justice and compensation that you and your family deserve. Call our offices at (800) 674 7852 for a free consultation with a professional in your area. In addition, you can also reach us by email, online chat, and text message 24 hours a day and 7 days a week.