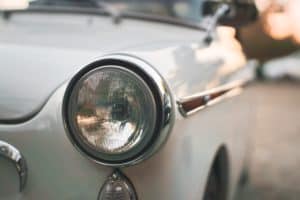 ORANGE, CA (April 2, 2019) – Injuries were sustained in a hit-and-run crash in the 11792 block of South Esplanade Street, Tuesday morning.

According to the California Highway Patrol, the collision took place at approximately 1:20 AM, near Chapman Avenue. Based on an initial report, three vehicles were involved in the incident. A possible SUV struck two other parked vehicles and left the scene afterward. One of the victim vehicles was overturned.

The paramedics were requested for needed medical attention. The confirmed that there were injuries sustained in the incident.
The amount of damage caused by the commotion was still being assessed. Clearing and cleaning operations took place in the area.

Officials continue to investigate to determine the cause of the accident and to identify the hit-and-run driver and the suspect vehicle involved. Anyone with information about the incident is encouraged to contact the authorities. No further details have been provided to the public at this time.

If you or someone you love has been injured in a hit-and-run accident on the road, contact the experienced personal injury lawyers at Sweet Law Group. We have over 40 years of experience in the field, and we know what it takes to win your case. Call our offices today at (800) 674 7852 for a free consultation with a professional in your area. For your convenience, we can also be contacted 24 hours a day/ 7 days a week by email, online chat, and text message.