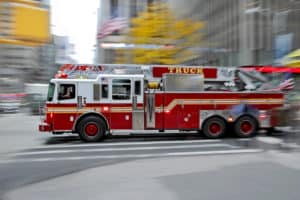 According to reports, police arrived and arrested the driver on suspicion of DUI. Meanwhile, one person required hospitalization but the details of his or her injuries were unavailable.

Following the accident, cleanup crews closed the area for nearly an hour while authorities investigated the scene.

DUI car accidents happen frequently nowadays. It’s important to understand the dangerous situations that unfold when you drive while impaired. Because drugs and alcohol are known to slow our response rate down and affect our judgment, we can find ourselves making poor decisions such as speeding or driving recklessly. Avoid drinking and driving at all cost.

There may be plenty of personal injury law firms around you. When deciding on a lawyer who can fight aggressively for your future, call (800) 674 7852. We are backed by years of experience and knowledge and have the proper resources on hand to represent you. We’ll handle all necessary investigations and ensure you have a strong case. Call us today.