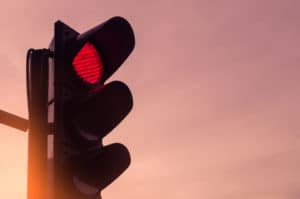 IMPERIAL, CA (January 3, 2019) – A two-vehicle wreck at Highway 111 and East Keystone Road early Monday claimed the life of a male driver and left a woman with serious injuries.

Authorities responded to reports of a collision and found two cars involved.

According to Lt. Daniel Hesser, of the California Highway Patrol, a 53-year-old man from Seeley was traveling eastbound on East Keystone Road and entered the intersection with Highway 111 on a green light; however, as he did so, a southbound driver traveling down Highway 111 failed to notice the red traffic light and collided with the male driver at the intersection.

The man whose vehicle was broadsided succumbed to his injuries at the scene, while the woman in the other car was airlifted to a hospital with a broken leg and other severe injuries.

Authorities are continuing their investigation of this crash to determine the liabilities. The victim’s name will be released once the next of kin has been notified.

To those mourning this heartbreaking loss, we send our sympathies to you. We hope you all find strength and support around you.

At the Sweet Law Group, we aren’t here to regale you with frivolous empty talk. When we say we will help you overcome these trying times, we mean it. Our qualified wrongful death attorneys are fully trained to undertake your case. Over the 44 years we have been practicing law, we have led a number of families through their legal battle. We charge no out-of-pocket fees to retain our services and will go that extra mile in winning you justice. Hold the at-fault party accountable for his or her actions. Call (800) 203-3061 to hear from us.