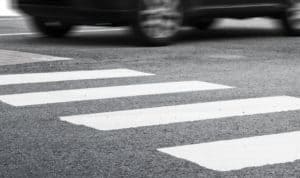 LAS VEGAS, NV (May 22, 2019) – The pedestrian hit and killed by an off-duty officer Monday at West Sahara Avenue and South Decatur Boulevard has been identified.

Moody was reportedly outside of a marked crosswalk when he stepped into traffic. The officer, on the other hand, attempted to avoid the imminent collision by swerving left.

Paramedics transported Moody to a nearby hospital where he died.

The crash remains under investigation by authorities since details remain unclear.

Our thoughts and sympathies go out to the bereaved family and friends of Howard Devale Moody.

Contact the Sweet Lawyers to get your case filed with our attorneys. We can help you with your case and win you full compensation. We know that losing a loved one can bring about physical and emotional distress, financial hardship and the inability to make ends meet. Our 40 years of practice has prepared us for even the most seemingly complicated lawsuits. Call (800) 674 7852 to speak with us.