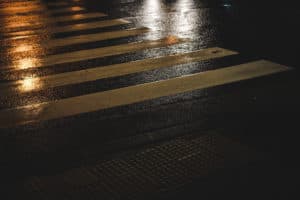 Moreover, the fatal accident happened at about 8:50 p.m. on November 23, near 25th Street.

San Diego Police reports a homeless man was struck by a vehicle.

However, the driver did not stop nor help the victim, but continued to drive away from the scene.

Medics then transported the victim to the hospital, where he later died.

Meanwhile, police described the car as a silver or gray two-door sedan with a sunroof.

We send our utmost sympathies and condolences to the friends and family of the deceased victim.

According to NHTSA reports:

On average, a pedestrian was killed every 88 minutes in traffic crashes. That is more than 16 people a day, almost 115 people a week.

It is clear now more than ever that driving negligence can have devastating effects. This is quite common in accidents that result in death. That is why hiring a wrongful death attorney is necessary to safeguard your rights. Indeed, an attorney by your side will fight to hold the liable parties accountable. Ultimately, they will get you the compensation your family deserves.

Call our offices now at (800) 674-7852 if you are seeking an attorney that is committed to winning your case. Sweet Lawyers have been helping families for over 40 years. Moreover, our team is highly regarded in handling anything from a personal injury to a wrongful death case. On top of that, we offer a totally free and confidential consultation. Above all, we want to see your loved one vindicated.