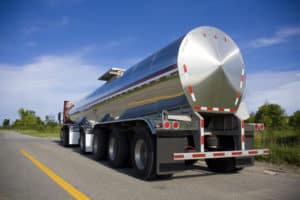 HESPERIA, CA (November 26, 2018) – A motorist was killed Saturday following a two-vehicle fiery crash involving a tanker truck on the 15 Freeway in the Cajon Pass.

According to the California Highway Patrol, the incident shut down the right three northbound lanes, south of Oak Hill Road.

The incident was reported around 11:46 a.m. when witnesses reported a light blue Subaru driving on the right shoulder at excessive speeds. Another caller contacted CHP regarding his friend who appeared despondent about a recent breakup and had plans to drive to Hesperia to kill himself.

CHP later learned that the Subaru collided with a tanker truck causing both vehicles to catch on fire.

Further details regarding this crash were unavailable. Authorities are combing through evidence to determine the circumstances.

In light of this unexpected, heartbreaking news, our law firm would like to send our condolences to the family and friends of the victim.

Turn to the lawyers at the Sweet Law Group if you are ready to file your wrongful death claim. Our lawyers have been extensively trained to handle a wide array of cases, varying from car accidents to disability lawsuits. We hold a wealth of wisdom in the legal justice system and bring more than 40 years of practice in the industry. Over the years, we have assisted numerous families with their personal injury matters, granting them a satisfying settlement. Anyone who’s been hurt or lost a loved one in a negligent traffic collision has the right to take legal action. To know your options, call (800) 203-3061.