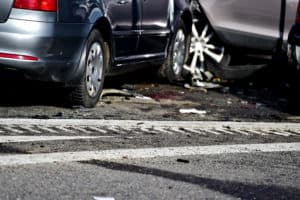 According to the Los Angeles police, the incident occurred at San Vicente Boulevard and Tremaine Avenue. Hunt’s black SUV was crossing the intersection when it was hit by a white Honda. The SUV rolled over on its side as a result.

Hunt was sitting in the back of the SUV as a passenger during the crash. First responders transported her to Cedars-Sinai Medical Center in Beverly Hills. Hunt was released from the hospital hours later. Reports indicated she is recovering without any major injuries.

The police said there was no crime committed in relation to the crash.

Make our roads safer by abiding by all traffic laws and following the conditions of the road. Remember that willfully disregarding traffic laws and engaging in unsafe driving behaviors frequently lead to auto accidents that can completely change a person’s life.

Reach out to a seasoned and dedicated personal injury attorney today if you have been injured in a car accident. The Sweet Lawyers provide the best legal representation that will help you win a settlement. We will work hard to obtain justice and compensation for your injuries, losses, and suffering. You are not alone in this. Call us at (800) 674 7852 for a free consultation.