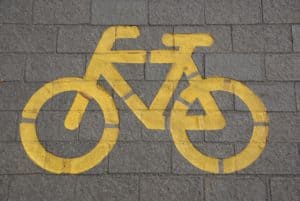 According to San Jose Police, a 2015 White Lexus R35, was stolen on Oakland Road in San Jose last January 2. Then, it was later used in an armed robbery at Shoe Palace near Bascom Avenue and San Carlos Street on January 18.

Tyler Jamison said the vehicle, “drove away at a high rate of speed. The officers did not attempt to stop the vehicle or pursue it either.”

Then, a surveillance camera recorded the fatal crash on North Park Victoria Drive and Kennedy Drive.

Reports revealed that the Lexus failed to yield at the stop sign and hit the boy in the crosswalk. After the crash, the vehicle didn’t stop.

Meanwhile, the boy’s father and his sister came to aid him. Moreover, all three rode bicycles at the time of the crash.

More Details About the Crash

“Tragically, despite the efforts of first responders and medical staff, the 7-year-old child passed away at a local hospital. Our thoughts and prayers are with the young child’s family and our community. We are all deeply impacted by the senseless and tragic loss of life,” added Jamison.

The father of the victim identified the victim as Haolan Chen, a student of Merryhill Elementary.

Meanwhile, an officer saw 36-year-old Kristallina Pacheco exit the vehicle and try to flee at N. Park Victoria Dr. and Nicklaus Avenue. Then, a male passenger in the Lexus moved into the driver seat and fled the scene, leaving Pacheco behind.

At this time, Kristalinna Pacheco is facing charges of homicide, hit and run causing injury or death, and possession of a stolen vehicle. The authorities booked Pacheco into the Santa Clara County Main Jail.

To the family and friends of Haolan Chen, our hearts go out to you in your time of sorrow. May you be comforted and find peace during this time.

If a loved one died in a bicycle accident due to a reckless driver, do not hesitate to file a claim. To begin your wrongful death claim, call Sweet Lawyers at (800) 674 7852. Moreover, our goal is to remain on your side throughout your legal battle and grant you and your family the settlement you deserve. Moreover, we single ourselves out from other personal injury law firms by providing personalized guidance and aggressive representation. Ultimately, for more information, you can call our offices at (800) 674-7852 for a free consultation with a legal professional.