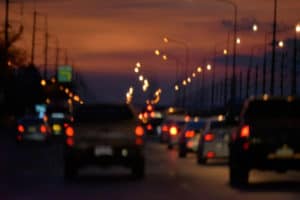 LONG BEACH, CA (May 21, 2018) – A man was struck and killed by two vehicles while walking on the transition road from the southbound 710 Freeway to the eastbound 91 Freeway, late Monday night.

According to the coroner’s office report, 47-year-old Guillermo Ramirez was named as the deceased victim. The accident occurred around 10 PM in the area of the Long Beach and Artesia Freeways, and the man is considered to be a transient.

Ramirez was walking along the road when struck by two cars. He was pronounced dead at the scene by emergency responders. Both motorists remained at the scene and cooperated with officials during their investigation. The transition road was closed for about four hours, as California Highway Patrol officers investigated the scene.

Sincere sympathies to the family and friends of Guillermo Ramirez. May he rest in peace.

If you have lost a loved one in a tragic pedestrian accident, contact the wrongful death lawyers at Sweet Law Group. With over 40 years of experience in the legal field, we know what it takes to win your case and achieve the compensation and justice that you and your family deserve. Call now at (800) 203-3061 for a free, no-obligation consultation with a legal professional in your city.