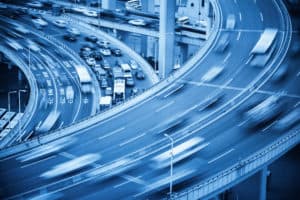 WEST COVINA, CA (January 7, 2019) – A 22-year-old Pomona woman perished Saturday night after being hit by an oncoming hit-and-run vehicle just moments after a solo-car crash on the 10 Freeway near East Holt Avenue.

According to the California Highway Patrol, 22-year-old Grisol Lupita Ramirez of Pomona was a front-seat passenger in a 2007 Honda Civic that reportedly hydroplaned on the westbound side of the freeway around 11:30 p.m.

Jesus Angel Reyes was piloting the Honda Civic at speeds of 65 to 70 mph in the No. 4 when he lost control. The vehicle rammed into the center divider before coming to a rest in the No. 2 lane, facing the wrong direction. CHP said Ramirez exited the Honda and was struck by a car in the No. 1 lane. The driver of that automobile failed to stop after hitting her.

The West Covina Fire Department arrived shortly after and pronounced her dead just before midnight.

It was reported that several other cars were sliding off the roadway due to at least one lane that was covered in mud. At least seven cars were involved in the collision.

Details regarding whether Reyes was injured in the crash were unavailable. However, authorities are investigating this incident and are seeking the public’s help in locating the hit-and-run motorist.

We’d like to extend our sympathies to the family and friends of Grisol Lupita Ramirez.

Choose a personal injury law firm known to handle wrongful death cases. With more than 44 years of experience, our lawyers are qualified to tackle even the most seemingly impossible lawsuits involving wrongful death. If you are seeking a tried-and-trusted personal injury or wrongful death lawyer, call us. We staff a phenomenal team who’s been extensively trained in disability law and car accidents. We understand the grief you’re experiencing and would like to guide you in your legal battle. For further details, call (800) 203-3061.