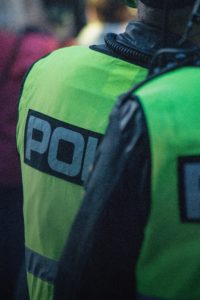 The California Highway Patrol revealed that at about 1:10 a.m., a 2018 Honda Civic was disabled.

This initial incident happened in the No. 3 northbound lanes south of Stadium Way. Thus, the occupants went out and stood by the side of the car.

Meanwhile, as a 2014 Ford Fiesta approached the disabled Civic, a 2017 Ford Mustang hit the Ford Fiesta. As a result, the Fiesta was pushed, which led to hitting a pedestrian.

The officials confirmed that the pedestrian suffered fatal injuries.

Moreover, the 38-year-old female driver of the Ford Fiesta suffered back pain. Thus, responders took her to the Los Angeles County+USC Medical Center with minor injuries.

At this time, the authorities haven’t disclosed the condition of the Mustang driver. However, they identified that the driver as female. Also, they urged anyone with information about the vehicle’s “driver or passenger” to call them.

The events that have led up to the crash remain under active investigation. By 7:45 a.m., all lanes have reopened.

Our thoughts are with the family and friends mourning the death of the victim. We at Sweet Lawyers wish them strength and comfort during this difficult time.

If you have lost a loved one in a tragic pedestrian accident, reach out to our team of seasoned and highly qualified wrongful death lawyers. During this time, there are many questions and legal decisions that need to be made. Furthermore, our litigators at the Sweet Lawyers understand your situation. Also, we can help provide you with unmatched legal representation. Ultimately, our goal is to help the families of victims acquire justice and the maximum settlement. For more details, call our hotline today at (800) 674 7852.