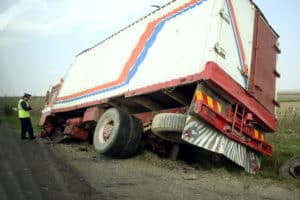 According to reports, California Highway Patrol officers responded to the scene around 2:15 p.m.

In a preliminary investigation, authorities learned that a tractor-trailer collided with a vehicle heading in the opposite direction.

At last, investigators determined that as Juan C. Hernandez tried steering his big rig around a corner, he allowed enough of his eastbound vehicle to cross over the yellow line. Subsequently, a westbound Honda CR-V, driven by 81-year-old George Schultz, struck the tractor-trailer’s left side.

As a result of the accident, emergency personnel shuttled George, as well as his 80-year-old passenger Patricia Schultz, to a nearby hospital. Their driver licenses indicate that they are South Lake Tahoe and Oakdale residents.

As for Hernandez, he escaped harm and spoke to officers immediately at the scene.

At some point during the crash, diesel fuel leaked onto the highway, which beckoned Hazmat crews to the scene.

CHP has yet to reveal the full details of the crash. So far, impairment has been ruled out.

Because operating a large vehicle is a liability, we have a responsibility as drivers to ensure we travel with care and consideration of others. Although we have no control over other people’s driving, we can take preventative steps in keeping ourselves safe. To avert road collisions, pay attention, steer clear from harm and share the road.

A car accident can bring about unfortunate circumstances including loss of income and injuries. If you’re interested in taking legal action and hiring a personal injury lawyer, call (800) 674 7852. The Sweet lawyers is a modern law firm with over 40 years of practice. In your free, no-obligation consultation, we’ll explain your legal options. Our trained litigators are on your side and will demonstrate their knowledge and expertise in your service.