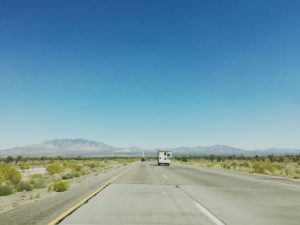 According to California Highway Patrol Sgt. B. Arendt, the crash occurred at about 4:15 a.m. on the southbound 15 Freeway, south of Dos Lagos Drive.


Both vehicles traveled out of control into the center divider where they came to stop, the officer stated.

There were no passengers in both vehicles and both drivers have their seat belts on, Arendt said.

The Riverside County Coroner’s office identified the pickup truck driver as 56-year-old George Mouratidis. He died at the scene.

Salazar complained of pain to one wrist. Officers arrested him on suspicion of multiple felonies including felony DUI, Arendt stated.

Authorities urge anyone who witnessed the collision to call the Riverside Area CHP office at 909-428-5400.

Wishing the family and friends of George Mouratidis strength and support in this difficult time.

If you have lost a loved one in a negligent DUI crash, reach out to Sweet Lawyers. We promise to fight for you, day and night until we achieve the compensation and justice that you and your family deserve. Our professional legal team will be there for you through the entire legal process, to answer any questions or concerns that you may have along the way. Call (800) 674 7852 today for a free case evaluation.