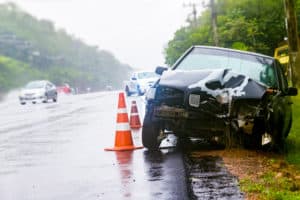 Around 12:40 a.m., Gabriela Garcia allowed her westbound 2011 Nissan Altima to veer into the oncoming traffic lanes.

In the eastbound lanes, a 2006 Dodge Dakota operated by Pedro Mendoza began approaching the wrong-way vehicle and collided with its front-end.

As a result of the incident, Garcia was found unresponsive and extricated by emergency personnel from her car. Mendoza exited his vehicle on his own, say reports, and suffered pain all over his body.

Moments later, paramedics brought both drivers to Sutter Hospital in Lakeport and airlifted Garcia to Kaiser Vacaville shortly after.

Police later determined in their investigation that Garcia had been impaired at the time and arrested her for felony DUI.

Driving under the influence can bring about harm to yourself and others. If you decide to drink and drive, think again. Instead, depend on a taxi driver or a sober friend to bring you home. You can avoid reckless driving and major-injury collisions by trusting others more suited to drive to take you home.

Call the Sweet Law Group at (800) 674 7852 to schedule a free consultation with our lawyers. We are proud to represent you and grant you the outcome you deserve. When you choose us to represent you, you’ll find our lawyers tackling your case while you rest and recover. Our goal is to settle your case and grant you full compensation. Call us today – it’s not too late to take legal action against the negligent driver.