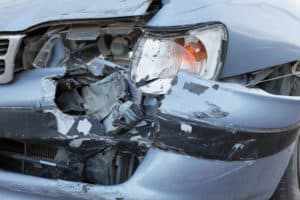 According to the California Highway Patrol, an Oakland man traveling westbound on Avenue 384 in a white Kia Soul veered into the opposing lane around 6 a.m. There, the Kia collided head-on with a Chevy Astro van, shuttling five people.

The Chevy driver, as well as all four of his female passengers, was brought to Kaweah Delta Medical Center in Visalia.

Unfortunately, a 59-year-old woman seated in the middle seat of the Chevy van succumbed to her injuries. The 39-year-old driver, the 36-year-old front-seat passenger and the two rear-seat passengers—ages 21 and 43—are all from Fresno.

After the crash, police arrested Gabriel Johnson on suspicion of DUI after finding a controlled substance in his vehicle.

At this time, the fatal victim’s identity will be released once the next of kin is notified.

Our hearts break for those mourning this sudden loss. We hope you find comfort and strength—our law firm sends our condolences.

To schedule a free consultation with the Sweet Lawyers, call (800) 674 7852. The resulting expenses and missed work that arise from a reckless auto collision can set anyone back. With us, we’ll work diligently to grant you the full settlement to help you recover. Our lawyers are skilled in car accidents, personal injury, wrongful death and disability. Call today to learn more.