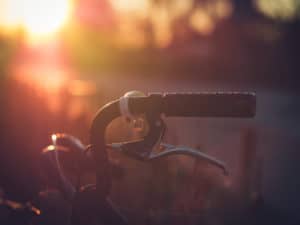 FRESNO, CA (November 26, 2018) – A man was hospitalized Thursday night after being struck by a motorist while riding his bike at East Tulare at South Maple avenues.

According to Lt. Larry Bowlan with the Fresno Police Department, an officer patrolling the area saw a bicyclist pedaling in the middle of the east and westbound lanes. The bicyclist was reportedly wearing dark clothing, and the bike was equipped with no reflective gear.

As the officer attempted a U-turn to speak with a bicyclist, the cyclist was hit by a motorist and ejected onto the street. Multiple officers responded to the scene shortly thereafter and shut the area down due to investigations.

The bicyclist – a man in his 40s – was brought to Community Regional Medical Center with unknown injuries and the driver, who was not said to be impaired at the time, immediately pulled over and was questioned by authorities.

There are no other details available regarding this crash. Authorities are continuing their investigation to determine the liabilities.

Accidents happen when we fail to play it safe. Whether we’re operating a bike or a vehicle, be alert and responsible. Wear the proper protective gear such as light-colored clothing, a helmet and reflective lights when biking. Drivers are encouraged to put all distractions away and be mindful of their surroundings.

If you believe you may have a personal injury case to file, bring your case over to the Sweet Law Group. Whether you are facing mounting hospital bills or a debilitating injury, hire one of our professional and experienced litigators to fight for you. We’ll hold the at-fault party accountable for his or her actions and ensure that you receive what you have lost. Our goal is to win you a full compensation. Here, we believe anyone who has been involved in a workplace injury, car accident or wrongful death has the right to pursue a case. Call (800) 203-3061 for a free consultation.