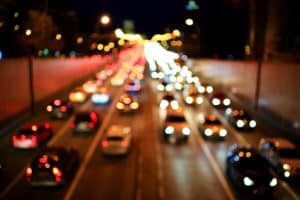 According to a Washington State Patrol Trooper, the accident happened around 11:30 PM on State Route 516 near West Meeker Street.

Two brothers, 36-year-old Freddie Ili and 38-year-old Faalfua Ili, both from Federal Way, occupied a Toyota Camry. Their vehicle was traveling east in the westbound lanes of the 516 Highway, when they hit a Lexus RX, occupied by a 59-year-old man and a 54-year-old woman.

After the first collision, the Camry then crashed into a silver Nissan Altima, occupied by a mother and her 5-year-old daughter. A Chevrolet Cobalt, driven by a 28-year-old man with a 30-year-old woman as the passenger, tried to avoid the collision and crashed into a guardrail on the right shoulder before hitting the Nissan.

The people inside the Lexus RX were transported to a nearby hospital with serious injuries. While the 5-year-old child was rushed to the Harborview Medical Center with a broken femur and wrist, and was listed in critical condition in the ICU. According to the reports, the child was not secured in a car seat when the collision happened.

The driver and the passenger of the Chevrolet Cobalt were taken to the Valley Medical Center for treatment and got released in the morning.

The Ili brothers were pronounced dead at the scene of the collision. It was also determined with the help of court records that Faalfua, who was driving when the accident happened, has already been convicted twice of driving under the influence. Investigators are still waiting for toxicology test results to confirm if drugs or alcohol are factors in the crash.

Authorities shut down SR 516 between Meeker and Washington for investigation and reopened five hours later.

No other information is available at the moment.

We offer our sincerest sympathies to Freddie Ili and Faalfua Ili’s family and friends. May they rest in peace.

If you or a loved one has been involved in a serious auto accident, contact the experienced attorneys at Sweet Law Group. Our firm has over 40 years of experience in the field, and have dealt with cases including personal injury, car crashes, wrongful death, and disability. We are available to clients 24 hours a day/ 7 days a week through email, text message, phone, and online chat. Call (800) 203-3061 today and arrange a free initial meeting with an experienced legal professional in your area.