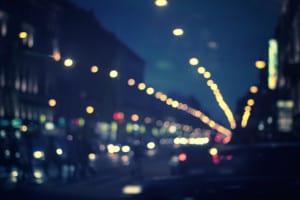 The authorities said a big rig pulling a tanker of milk came up on some traffic congestion but did not to slow down and plowed into several vehicles.

As a result, the tanker broke away from the big rig and went over the concrete barrier.

“A total of eight vehicles, including that commercial vehicle, are involved in this collision. That tanker became separated from the truck tractor, crossed over the concrete barrier median wall into the westbound traffic lanes. That tanker came to rest on its side, and the rest of the vehicles are all here on the eastbound side,” DPS spokesperson Raul Garcia said.

Officers said the tanker burst into flames. Also, they mentioned that the burning tanker was leaking both milk and diesel fuel. Additionally, one of the other vehicles caught fire, as well.

Emergency rescuers took nine people to nearby hospitals, wherein six of those patients incurred critical injuries. They range from 22 to 45 years old.

Meanwhile, the other three victims, including a 6-year-old girl, incurred non-life-threatening injuries.

Paramedics checked a 10th person at the scene, but did not want to go to the hospital.

Multiple ambulances and fire trucks from Phoenix, Scottsdale, Tempe, and Mesa responded to the accident scene.

Moreover, authorities said they have ruled out impairment as a factor in the crash. Also, they are working to piece together the moments leading up to the fatal accident. The NTSB said they will send nine investigators to the accident scene.

“Traffic was congested. This vehicle [the semi-truck] was traveling at a high rate of speed – not necessarily over the posted speed limit. That’s not what we’re saying,” Garcia explained.

Federal officials said a preliminary report will be completed in 30 to 90 days, with a full report available in 12 to 24 months.

Sweet Lawyers would like to extend our deepest condolences to the four deceased’s families and friends. Our hearts are with you through these trying times.

The Aftermath of Fatal Vehicle Crash

Therefore, it is crucial that the deceased’s loved ones become aware that they may file a wrongful death suit.

Sweet Lawyers truly understand that in this difficult time, you need an expert to fight for your case on your behalf.

Hire us and we will serve as your legal representation, working to prove what you are owed in the wake of a family member’s death. Our legal experts would handle your case, while you focus on grieving and healing.

Furthermore, we have been in the business for over 44 years and our staff of talented lawyers has extensive experience in all accident cases. Indeed, we truly understand the hardships and emotional trauma you are experiencing following the tragedy. We at Sweet Lawyers guarantee we can help you move forward.

Leave the legalities to us, while you prioritize the needs of your family. Call (800) 674 7852 to speak to an expert litigators and let us pursue justice together. The consultation is free.