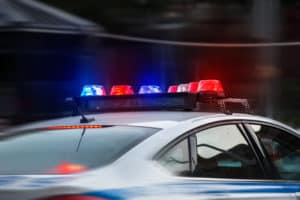 The crash happened around 12:24 a.m. on Highway 101, just north of Candlestick Point and south of Third Street.

CHP officials said, a Volkswagen was traveling southbound in the northbound lanes of Highway 101 near the Candlestick Park off-ramp. It crashed head-on into the taxi cab carrying three people, a driver and two passengers picked up from the San Francisco airport.

As a result, the taxi driver, a man in his 60s, and his two passengers all died at the scene. The wrong-way driver, a woman in her 30s, was also killed in the crash.

Authorities did not release the names of the victims pending formal identification by the coroner’s office.

CHP officials closed all lanes of the highway for about four hours while they conducted their investigation.

During this mournful time, we would like to send our well-wishes and sincere sympathies to the grieving families and friends of the victims.

Wrongful deaths instantly change the lives of many families. If you have lost a loved one in a tragic accident, we at the Sweet Lawyers are extending our services to help your bereaved family obtain justice and maximum settlement you deserve. Our experienced wrongful death lawyers can help you with your case. For more details, please reach our office at (800) 674 7852 and schedule a free consultation.