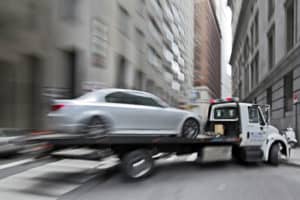 Around 4 p.m., deputies with the Victorville station and Fire Department officials responded to find a black 2018 Honda Accord and dark 2016 Toyota Corolla blocking the intersection.

Authorities are still investigating what caused the two vehicles to collide and injure multiple people.

According to reports, a woman in her 80s seated in the rear seat of the Toyota suffered life-threatening injuries. Due to the severity of her injuries, a helicopter was called to the scene. However, officials subsequently canceled that call and rushed her into an emergency room instead.

Despite life-saving efforts, the unidentified elder died shortly after.

Because details are limited, authorities are investigating this deadly crash further.

We would like to express our condolences and heartfelt sympathy to the family and friends of the victim.

Hiring an attorney is a big step when you’re already dealing with a death in the family. The Sweet Law Group lawyers understand your situation. We’re compassionate with our clients yet aggressive when handling cases. Each attorney holds a wealth of wisdom of the legal justice system and will fight diligently to secure your future. With a free consultation, you are able to learn more about how we can help you. Call (800) 674 7852 to hear from us.