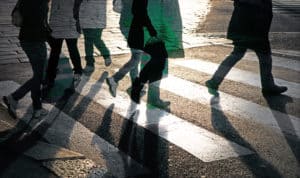 Santa Ana police later said that the incident occurred around 5:30 a.m., on April 22. Emergency personnel arrived to the area near East Dyer Road, shortly after.

According to reports, a female pedestrian was seen walking along the Main street in front of a car. There, a southbound unidentified vehicle struck the woman.

Due to the impact of the collision, the female victim was later pronounced dead on the scene. However, her identity has not yet been disclosed. Moreover, authorities say she was not in the crosswalk when the accident happened.

Officials say the traffic light was on the green when the vehicle moved. Furthermore, the driver stayed on scene and cooperated with the investigation.

Following preliminary duties, driving under the influence was ruled out as a factor in the incident. The surrounding area from Dyer Road to Garry Avenue was closed off for a brief time. However, the roadway has since reopened to traffic.

Once available, more details will be given. No more information has been released.

If you believe that a loved one wrongfully died or has been injured in a pedestrian accident, reach out to the experienced lawyers at Sweet Lawyers. With over 40 years of experience in the legal field, we know what it takes to win your case. Call us at (800) 674 7852 to arrange a free consultation with an experienced professional in your area. We are also available through email, text message, and online chat 24 hours a day and 7 days a week.