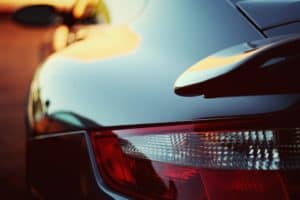 1 Pronounced Dead after Rollover Accident on Panama Lane in Bakersfield

The Bakersfield Police Department received a report around 3:46 a.m. Dispatchers arrived to the area shortly after.

Authorities soon discovered that a Toyota and Audi both traveled west on East Panama Lane when the Audi struck the Toyota’s rear. Then, the Toyota overturned.

According to the Bakersfield Police Department, the driver of the Toyota succumbed to their injuries at the scene.

Meanwhile, officers determined that Pearson was driving under the influence. As a result, they arrested Pearson for DUI resulting in death and gross vehicular manslaughter.

Moreover, the investigation remains ongoing at this time. Authorities have been encouraging any witnesses or tipster to contact the Bakersfield Police Department at (661) 327-7111.

During this mournful time, we would like to send our well-wishes and sincere sympathies to the grieving family and friends of the victim who passed in the accident on Panama Lane.

If you are looking for an attorney with experience in the area of wrongful death, look no further than the Sweet Lawyers. We have been in the business for over 44 years and our staff of talented lawyers has extensive experience and knowledge in DUI car accident accident cases. We understand the hardships and emotional trauma you are experiencing and we guarantee we can help you. Leave the legalities to us while you prioritize the needs of your family. Call (800) 674 7852 to speak to an expert litigator and let us pursue justice together. The consultation is free.