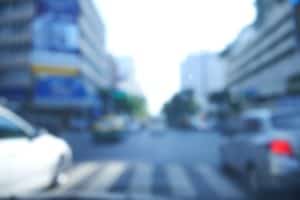 According to the authorities, the deadly crash took place at about 10:30 AM. A green Kia sedan, occupied by a couple and their two young daughters, was heading north on Sierra Highway. For unknown reasons, the vehicle lost control and swerved into the oncoming lane. There, the car was T-boned by a vanpool from the Antelope Valley Transit Authority.

The couple, believed to be in their 20s or 30s, and a 1-year-old girl sustained fatal injuries and were pronounced dead at the scene. Another baby girl, also believed to be about a year old, was rushed to the hospital, where she was pronounced dead. The driver, the vanpool’s sole occupant, was transported to Antelope Valley Hospital after suffering non-life-threatening injuries.

It was noted that the infants were secured in child car seats, while the parents were wearing their seatbelts.

An investigation is ongoing to determine what might have caused the sedan driver to lose control of the vehicle. Detectives are considering speed as a possible factor in the collision. Skid marks will be used to determine how fast the car was going when it crossed into oncoming traffic.

No other information has been released to the public at this time.

Our thoughts and prayers are with the bereaved loved ones of the victims. May they rest in peace.

If a loved one was killed or injured in a serious auto accident, contact the personal injury lawyers and wrongful death lawyers at Sweet Law Group. We have over 40 years of experience in the legal field, and will fight to achieve the justice and compensation that you and your family deserve. It’s important to have strong legal representation on your side to fight for your justice and achieve the compensation that you and your family deserve. Call us now at (800) 203-3061 today for a free consultation at a location near you.