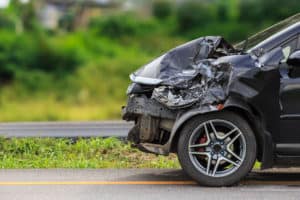 According to the California Highway Patrol, the incident happened around 5:00 a.m. when a driver pulled up to the truck scales in Rainbow and informed a truck driver that they had been involved in a hit-and-run collision.

The 23-year-old male driver from Torrance, who was later found to be under the influence at the time of the crash, had an injured person inside the car. The driver continued driving and arrived at Rancho Springs Hospital, where his 20-year-old passenger from either Whittier or Winchester was pronounced dead. A 21-year-old man from Torrance who was also riding in the same vehicle suffered minor injuries. The rider was later arrested following the incident.

CHP is inquiring assistance from the public if they know anything regarding his crash. Anyone with information is urged to call the California Highway Patrol Border Communications Center at 858-637-3800.

This is heartbreaking news to anyone who knew the victim. Our law offices would like to express our condolences.

If you are suffering a loss in the family, then get in touch with a wrongful death attorney. Unexpected monetary, emotional and physical damages can result from such a heartbreaking episode. Our experienced and professional wrongful death attorneys at Sweet Law Group will ensure that the negligent driver is held responsible. We will recover what you lost. Although no amount of compensation can suffice for the loss of your loved one, justice is still an option if you wish to pursue. Schedule your free consultation with our lawyers by calling (800) 203-3061.