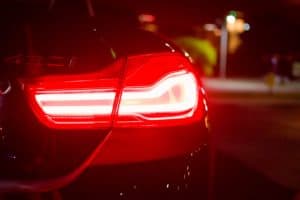 Santa Ana, CA (July 30, 2020) – On Thursday, at about 11:45 a.m., longtime OC Register editor Eugene Harbrecht died after his truck was hit by a BMW in the midst of a street race on Bristol Street and Santa Clara Avenue.

He worked for the Register since March 1984, while his most recent years of work were as the national and international news editor for the greater Southern California News Group.

Santa Ana police Cpl. Anthony Bertagna said that before the crash, witnesses reported about the silver BMW sedan and a dark sedan racing at high speeds northbound on Bristol Street.

Just then, the BMW slammed into a Ford Ranger that was moving southbound on Bristol and turning left on Santa Clara.

The impact of the crash pushed the truck about 60 feet into a fence. It then started to catch fire.

“There were two guys who live in the area that went and broke the window and pulled the victim out (of the truck),” Bertagna said.

Rescuers rushed the truck driver to UC Irvine Medical Center hospital where he died. While the racing BMW driver was also hospitalized in unknown condition.

The Dangers of Street Racing

Bertagna said that the dark sedan involved in the race fled the scene. Officers later found the vehicle and stopped it at a post office off First Street near Pacific Avenue. Authorities took the driver into custody.

Moreover, the police did not immediately provide information on how they identified the second vehicle. They just said they received a lead that directed them to it.

Meanwhile, Bristol was closed from 17th Street to Memory Lane due to knocked down wires.

Also, Bertagna said police are seeing a rising number in street racing in recent months. This is the second fatality related to racing in the city this year.

“We’ve always had street racing,” he said. “We’re seeing it more. People aren’t working, they’re at home, fewer cars on the road and I guess they decide to street race. But people lose their lives.”

As longtime subscribers of the OC Register, Sweet Lawyers express our sincere sympathies to the bereaved of Eugene Harbrecht. With heavy hearts, we hope the community of Mr. Harbrecht finds some peace during this difficult time.

In a time filled with uncertainty, confronting a tragic loss can seem unimaginable. As the loved ones of the deceased victims grieve, it is also important to recognize that if your family loses a member in an accident, you may recover damages through a wrongful death suit.

Ultimately, a wrongful death lawsuit gives the loved ones of a departed family member some semblance of justice.

“The aftermath of tragic accidents can make everything difficult for a family. The last thing most families want to deal with is piles of paperwork, questions from insurance companies or defense attorneys, and attempting to obtain police reports. Grieving and handling legal claims don’t exactly go hand in hand, and this is why hiring an experienced attorney can not only provide you with peace of mind that you have a fighter in your corner but also having someone to make sure that your rights are respected and that justice will be served. Having legal representation after such a traumatic event will provide your family the space to heal while ensuring that justice is brought to your loved one,” says Mark Sweet, a seasoned attorney at Sweet Lawyers.