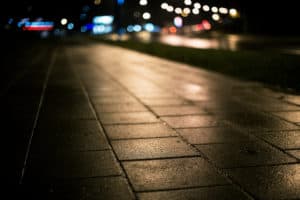 ESCONDIDO, CA (June 3, 2018) – A woman was killed early Sunday morning after she was struck by a suspected drunken driver while walking across the street with her boyfriend. The San Diego County Medical Examiner’s Office later identified the victim as 32-year-old Esmeralda Eusebio Guerrero, a resident of Oceanside.

According to the Escondido Police, the collision happened at 12:40 AM in the 1000 block of East Washington Avenue near North Ash Street.

She was rushed to the Palomar Medical Center with multiple internal injuries, head injuries, and two broken femurs. Doctors and paramedics attempted to revive Eusebio Guerrero with advanced life support measures, but she succumbed to her injuries approximately five hours after the collision.

A GoFundMe page was created to assist the victim’s family with ongoing expenses and funeral costs. Click on the link to support the campaign.

On Tuesday morning, the Ford driver, 32-year-old Joel Francisco Juan, was put behind bars in lieu of a $500,000 bail. He was arrested on suspicion of gross vehicular manslaughter and two counts of felony driving under the influence.

Our thoughts are with the family and friends of Esmeralda Eusebio Guerrero. She leaves behind her 10-year-old daughter. Her family shared that she was the youngest of five siblings. We wish them courage and comfort during this trying time. May she rest in peace.

If you have suddenly lost a loved one in a pedestrian accident caused by an irresponsible driver under the influence, reach out to the experienced lawyers at Sweet Law Group. We have over 40 years of experience in the legal field, and we will fight to achieve the justice and compensation that you and your family deserve. Our attorneys and experienced professional legal team have dealt with cases including car accidents, wrongful death, personal injury, and disability. Call our offices at (800) 203-3061 for a free consultation with a professional in your area. We can also be contacted 24 hours a day/ 7 days a week by email, online chat, and text message.