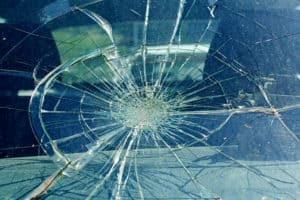 FORKS, WA (October 12, 2018) – On Friday evening, an elderly woman was killed in a car crash on the northbound State Route 101. The deceased victim was later identified as 70-year-old Esau Penn. Her place of residence was not immediately released to the public.

According to the Washington State Patrol, the collision took place at approximately 9:40 PM near Calawah Way.

As per reports, 54-year-old Archie Broome Jr. was driving a silver 2013 Chevrolet Cruze on SR 10 when it drifted off the roadway and crashed into trees. Due to the impact of the collision, the Chevy then went down a ditch. No other vehicle was involved in the incident.

Penn, who was a rear-end passenger, was pronounced dead at the scene by emergency responders. The front passenger, 74-year-old Helen Schele sustained serious injuries and was transported to the Forks Community Hospital for treatment and evaluation.

Broome allegedly fled on foot and was later found about 100 yards from the scene behind a guardrail. He was also transported to Forks for medical clearance, then booked into the Jefferson County Jail. He is being accused of vehicular homicide, vehicular assault, and two counts of felony hit-and-run.

We at Sweet Law Group send our deepest sympathies to the family and friends of Esau Penn . Wishing them strength and comfort as they grieve for their loss. May she rest in peace.

Losing a loved one in a serious traffic collision is extremely devastating. We suggest you contact the wrongful death lawyers at Sweet Law Group for expert legal help. Our experienced attorneys and professional legal team can help you and your family get the justice and compensation that you deserve. Call our offices at (800) 203-3061 for a free, no-obligation consultation at a location near you. We are also available 24 hours a day/ 7 days a week through email, text message, and online chat.