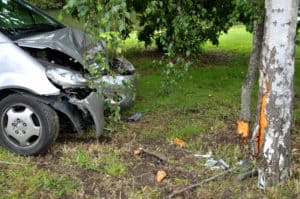 Eric Peterson suffered fatal injuries when his SUV veered off the road and then crashed into a large tree.

CHP traffic incident logs stated that officers found a 2000 Jeep Cherokee in a field with a tree on top of it around 6:50 a.m. on East Chard Avenue and Samson Avenues.


First responders arrived on the crash site shortly after 7 a.m. and confirmed Peterson died. They said the vehicle was cold and had been at the scene for some time.

The coroner’s office reported that the cause of death is still under investigation. However, an accident report issued Thursday afternoon by CHP said Peterson died of major injuries as a result of the crash with the tree.

Peterson drove eastbound on Chard at high speed and then failed to negotiate a curve in the road. This caused the vehicle to continue straight into an orchard, the report stated.

No other information about the crash is available.

Our deepest sympathies go out to the bereaved family and friends of Eric Peterson. We wish you our steadfast support and strength.

Sweet Lawyers is your premier legal source when seeking prosecution. Our firm brings more than 44 years of experience and is eager to assist you. We specialize in handling a multitude of matters, varying from wrongful death or personal injury. If you are experiencing debilitating pain, costly medical bills or distress and grief due to the loss of a family member, call (800) 674 7852. We pledge to work aggressively for your future.