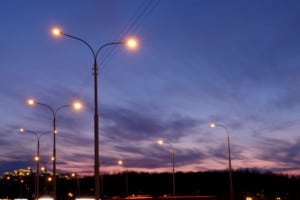 Emmanuel Azeke, of Bellingham, was the passenger in a white 2005 Saturn Vue, driven by 27-year-old Taleisha Raeann Bob. As the Saturn traveled westbound on Marine Drive around 5:59 a.m., Bob allowed the vehicle to cross over the eastbound lane and strike a power pole in the 1700 block of Marine Drive.

The Saturn then came to a rest in the eastbound lanes.

Following the collision, Bob was booked into you Whatcom County Jail on suspicion of first-degree driving with a suspended license, operating a car without an ignition interlock system and vehicular assault.

Officers confirmed that impairment played a role in the crash. Azeke was brought to St. Joseph hospital for treatment to his injuries.

Drinking and driving should never go together. If you decide to drink, it’s best to find another way home instead of getting behind the wheel. Rely on a friend or a rideshare service to bring you home. Being impaired leads to reckless driving, thus possible car accidents.

Help is available if you’re ready to file your personal injury claim. At the Sweet Law Group, we know you are undergoing a difficult time in your life. Our goal is to help win you a fulfilling settlement that will assist with any medical costs and memorial services. Whether you have lost a loved one or have been injured yourself, call (800) 203-3061 to schedule a free call. We will fight for you every minute of the day. Our attorneys are trained to tackle minor and major cases and will go that extra mile to secure your future.