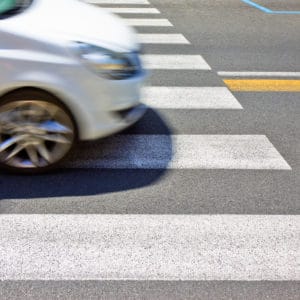 According to the California Highway Patrol, the collision happened near the intersection of Lake Street at approximately 10:45 PM.

Reports from the Los Angeles Fire Department showed that the male victim walked northbound in an unmarked crosswalk in the area when a Tesla struck him. The speeding vehicle left the scene after the incident.

The man was thrown about 50 feet from the road. Paramedics transported the victim to a hospital in critical condition. After that, police identified him as a 34-year-old homeless man.

A white Tesla is believed to be involved in the hit-and-run. Police found it in Harvard Heights. As a result, police are asking for help locating the driver. No further details were immediately available.

Follow driving laws and be careful when behind the wheel. If involved in an accident, never leave the scene and wait for police officers and medical personnel to help you.

If you or someone you love has suffered injuries in a pedestrian crash caused by a hit-and-run driver, reach out to the personal injury lawyers at Sweet Law Group. We have over 40 years of experience in the legal field. As a result, we know what it takes to win your case. Our attorneys and professional legal team have dealt with cases including auto-accidents, personal injuries, and wrongful deaths. Call our offices at (800) 674 7852 for a free consultation with a professional in your area. In addition, we can also be contacted 24 hours a day and 7 days a week by email, online chat, and text message.