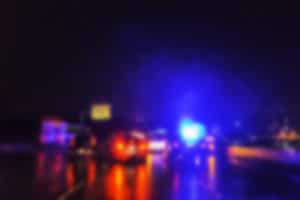 The crash occurred at around 9:38 PM, on the 1900 block of East Pleasant Valley, near Syracuse Drive. According to the Oxnard Police, a 2000 Cadillac Escalade veered off the road and hit a tree. The crash was found by a man and two women in a 2018 Jeep Latitude, including Troncoso

The trio parked their car on the side of the road and put on the SUV’s emergency lights as they exited the vehicle to assist the injured Escalade passenger. Meanwhile, the driver of a third vehicle, a 2005 Ford Expedition, struck the two stopped SUVs and the two women who had stopped to help. Afterward, the Expedition driver fled from the scene of the crash.

Troncoso was killed in the collision, and three other people were injured. There is no update on the identities or current medical condition of the injured victims at this time.

As police were searching for the driver of the Ford, they were called to the 2100 block of Walden Street, about a half of a mile away from the crash site. An injured person was reported on the roof of their home, and he was removed from the roof and transported to a local hospital for treatment. He was later identified as Francisco Javier Garcia of Oxnard. Garcia was later arrested on suspicion of felony hit-and-run, driving under the influence of alcohol causing injury, and gross vehicular manslaughter.

Garcia was treated for his injuries and booked into the Ventura County Jail. His bail is set at $500,000. No additional information has been released at this time.

Deepest sympathies to the family and loved ones of Elicia Lopez Troncoso. May she rest in peace.

If a loved one was wrongfully killed in a hit-and-run crash, contact the experienced lawyers at Sweet Law Group. We promise to fight for you, day and night, until we achieve the proper compensation and justice that you and your family deserve. Call our offices at (800) 203-3061 for a free consultation, and discuss your case with a legal professional in your area. We can also be contacted 24 hours a day/ 7 days a week by email, online chat, and text message.