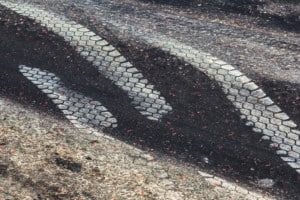 According to the authorities, a driver fled the scene after hitting a 64-year-old woman crossing a West Oakland Street. The incident occurred around 3:36 p.m. in the 2700 block of San Pablo Avenue.

At this time, the identity of the victim remains unreleased. However, the police confirmed that the female victim was an Oakland resident/

Moreover, the police revealed that the vehicle struck the woman who was crossing mid-block in the northbound lanes. After the crash, the driver didn’t stop and escaped with his light-colored compact vehicle.

Due to the crash, the female pedestrian sustained major injuries. Then, responders took her to a hospital in critical condition.

Moreover, it’s unclear whether drugs or alcohol played a role in the crash.

Meanwhile, the Police and Crime Stoppers of Oakland offered reward money of up to $5,000 for information leading to the arrest of the driver.

When you are behind the wheel of a vehicle, it is your responsibility to follow all driving laws. Accidents can be avoided if drivers remain focused behind the wheel. Additionally, driving defensively can also prevent collisions.

However, if you find yourself unable to safely operate your vehicle, you can always use a ride share app instead. By doing so, you can help to ensure the safety of yourself and others around you.

Steps You Can Take after an Injury Crash

For those injured in a crash, it is important to have an independent investigation held to better protect your rights. Hiring the right firm, who has the resources to spend, can make all the difference in getting justice for a client.

“We can secure evidence in your favor, request additional information, get vital eyewitness accounts, and review insurance coverage you are entitled to that may not be common knowledge. Having an experienced attorney fighting on your behalf at such a delicate time in your life will make all the difference,” says Mark Sweet of Sweet Lawyers.

Sweet Lawyers have been pursuing justice for over 40 years, fighting and advocating for families continuously. Our team will guide you every step of the way to ensure that you and your loved ones receive the justice and compensation that you deserve. With us, you are assured that your auto accident case will be well taken care of. Call our office today at (800) 674-7852 for a free consultation with a legal professional.