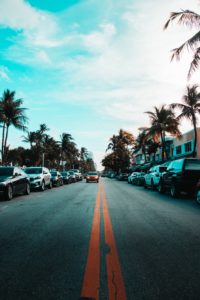 The crash occurred at 10:50 p.m. in the 2700 block of Kurtz Street near Pacific Highway in the Midway district of San Diego.

Officer Robert Heims of the San Diego Police Department said that the pedestrian stood on the south sidewalk of Kurtz Street. Then he allegedly darted in front of an eastbound 2006 Toyota Prius driven by a 59-year-old woman.

Emergency responders transported the 79-year-old man to an area hospital, where he died from his injuries, said Heims.

According to the police, the driver was not under the influence of alcohol or drugs. It was not immediately reported whether she was cited or arrested.

We send our deepest sympathies to the family and friends of the victim. Wishing them strength and comfort as they grieve for their loss.

Losing a loved one in a serious pedestrian crash is extremely devastating. Contact the wrongful death attorneys at Sweet Lawyers for expert legal help. Our experienced attorneys and professional legal team can help you and your family get the justice and compensation that you deserve. Call our offices at (800) 674 7852 for a free, no-obligation consultation at a location near you. We are also available to clients 24 hours a day/ 7 days a week through email, text message, and online chat.