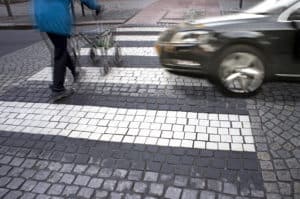 Man in His 60s Fatally Struck in Pedestrian Hit-and-Run Crash Near Elm and North Avenues, Driver at Large

The fatal crash took place on July 1 near Elm and North Avenues at about 5 p.m.

The victim, a male pedestrian who was probably in his 60s, was reportedly walking by the road. When for unknown reasons, a silver-colored vehicle struck him and then fled the scene right away.

According to the CHP officer Mike Salas, the pedestrian appeared to be walking on the west shoulder of the road. Salas also said that the man was possibly going for a southerly direction.

Moreover, Salas reported that a possible witness saw that the vehicle appeared to flee onto the southerly direction.

As of the moment, the suspect is still at large. However, officers said that the vehicle must be missing a right front bumper as well as a passenger-side mirror.

Police are asking anyone who might have information regarding the hit-and-run crash on Elm and North Avenues incident to call the Fresno-area CHP at 559-262-0400.

Our deepest thoughts are with the family and friends of the man killed in the hit-and-run crash. We at Sweet Lawyers wish them strength and comfort during this difficult time.

If you believe that a loved one wrongfully died in a pedestrian accident, reach out to the experienced lawyers at Sweet Lawyers. With over 40 years of experience in the legal field, we know what it takes to win your case. Day and night, we promise to fight for you until your family achieves the justice and compensation that is owed. Call us at (800) 203-3061 to arrange your free consultation with an experienced legal professional in your area. For your convenience, we are also available through email, text message, and online chat 24 hours a day and 7 days a week.