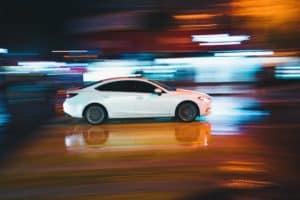 A homeowner revealed that he attempted to lock Larios inside while he contacts the police. However, Larios managed to escape.

When the police made contact with Larios, he tried to run by jumping over fences and running through yards. Unfortunately, a dog bit him. Another homeowner contacted the police and confirmed that Larios hid in their trash can.

The police then booked Larios into Benton County Jail after the evaluation of injuries.

Habits like distracted driving, speeding and DUI can lead to road accidents. Such habits are causes of disastrous incidents involving major injuries, damage and deaths. That is why it is important to drive defensively/abide by all driving laws.

If your safety is under a great threat on the road due to a negligent or an irresponsible driver, contact the experienced lawyers at Sweet Lawyers. Our attorneys and experienced professional legal team have dealt with cases including wrongful death. Call our offices today at (800) 674 7852 for a free consultation at a location nearest you. For your convenience, you can contact us 24/7 by email, online chat, and text message.