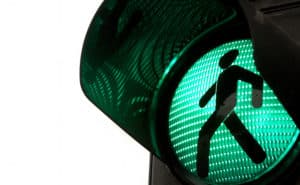 According to Trooper Travis Smaka, they responded to the crash after receiving a report of someone in the middle of the road at around 11:15 p.m. near the 15 Freeway and Lamb Boulevard.

According to the Nevada Highway Patrol, it’s still unclear why 74-year-old Edna Bright was on the road.

The accident occurred when a Mazda SUV, followed by a silver GMC SUV, struck the woman. The authorities declared her dead at the scene.

Meanwhile, both drivers stopped and remained at the scene. The authorities don’t believe that impairment played a role in the crash.

It was the Clark County Coroner’s Office who later identified the woman. The coroner’s report of Edna Bright’s death remains unreleased as of this time.

The collision also shut down all southbound 15 Freeway lanes. The crews diverted traffic at Lamb Boulevard.

The Nevada Highway Patrol is currently handling the crash investigation.

Our hearts and sympathies are with the family and friends of Edna Bright. This fatal crash reminds us to always be on the lookout for pedestrians while driving. By following the traffic laws and being focused while driving, accidents and injuries can be prevented.

If a loved one dies in a pedestrian crash, turn to Sweet Lawyers. We have over 40 years of experience in the legal field, and we know what it takes to win your case. Our attorneys and professional legal team have dealt with cases including pedestrian accidents and wrongful death. We will fight to help you achieve the justice and compensation that your family deserves. Call now for a free consultation at (800) 674 7852 to speak to an experienced legal professional in your area. You can also reach us 24 hours a day and 7 days a week by email, online chat, and text message.