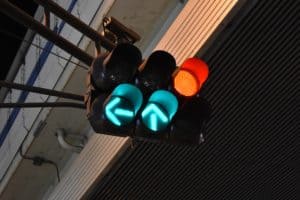 The crash happened around 10:30 p.m., on Third and Witmer Street. According to reports, Edgar Hernandez was crossing the intersection against a red light. He was consequently struck by a vehicle that was unable to avoid him. Hernandez was launched about 30 feet off the roadway due to the impact.

Surveillance video from the scene showed Hernandez stopping several times to allow cars to pass before he was struck.

The driver that struck him did not stop to render aid. In addition, the vehicle, believed to be a tan or silver Honda Accord, likely suffered extensive front end and windshield damage.

Police continue to search for the driver who is now facing felony hit-and-run. Anyone with information was asked to call the LAPD at 213-833-3713.

While pedestrians have some responsibilities in trying to stay safe on the road, ultimately there is little they can do if a driver ends up approaching and hitting them. As drivers, always make sure to follow all rules of the road and pay close attention to pedestrians. Make sure to obey all signs at the intersection and make sure that nobody is crossing the street before driving through.

If you have been a victim of a hit-and-run accident, contact our trusted personal injury attorneys at The Sweet Law Group. We understand the impact of road accidents to injured victims and we are here to help you get the justice and compensation you deserve. We will make sure to fight for your rights and provide you with the best and excellent representation. Call us today at (800) 674 7852 to discuss your case details free of charge.