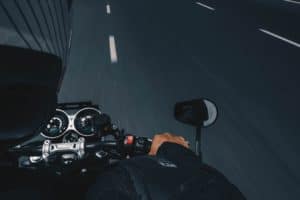 The incident occurred at about 4:54 p.m. on West Sahara Avenue and Sahara Center Drive, near South Hualapai Way.

According to reports, a Harley Davidson motorcycle traveled east on Sahara Avenue, east of Hualapai Way at a high rate of speed. Then, the motorcycle crashed with a Toyota Corolla turning left from westbound Sahara Avenue and Sahara Center Drive.

Moreover, the impact ejected Masteller into the eastbound travel lanes of the intersection. Then, responders took him to UMC Trauma where he succumbed to his injuries.

Meanwhile, the Toyota driver stayed at the scene. According to the police, she didn’t show any signs of impairment.

Also, the eastbound Sahara has since reopened.

Masteller’s death is the 54th traffic-related fatality in Metro’s jurisdiction this year.

Sweet Lawyers express their sincere sympathies to the bereaved family of Dustin Masteller.

Mark Sweet, a wrongful death attorney, says, “The most valuable step a family can take in response to a serious accident is hiring an attorney. Also, a wrongful death case can help your family find closure while securing your future from further losses.”

Sweet Lawyers know precisely how to navigate delicate cases through the legal system. Moreover, we’ve assisted many families with the financial tolls that plague them after an unexpected loss. Thus, if you believe you might have a wrongful death case and would like to pursue it with an aggressive, yet compassionate legal professional on your side, call (800) 674 7852. Together, we’ll ensure that your case moves your family forward through this difficult time.