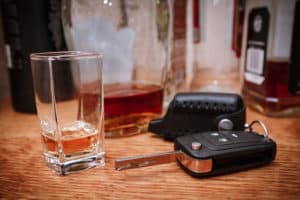 SACRAMENTO, CA (January 17, 2019) — A DUI suspect reportedly left the scene of a car crash and crashed onto private property on Tuesday, January 15.

According to the police, the initial accident occurred around 5 p.m. and was reported to the California Highway Patrol. A truck reportedly struck a red sedan on Watt Avenue and Butano Drive. The truck then left the scene of the crash and the sedan followed, chasing the truck.


CHP said that a short distance later, on Andrade Way and El Camino Avenue, the truck lost control, collided into two more vehicles, and crashed onto the property at 2427 Andrade Way.

CHP stated that the driver of the truck, a 43-year-old white male from Carmichael, was arrested at the crash site for driving under the influence.

The initial crash remains investigation. CHP said racing or road rage may have been the reason behind it, but the official cause has not yet been released.

No other drivers were arrested. Officer did not report any injuries from the accidents.

Habits like distracted driving, speeding, and DUI can lead to road accidents. Such habits are causes of disastrous incidents involving major injuries, damage, and deaths. That is why it is important to drive defensively/abide by all driving laws to ensure your safety and the safety of surrounding vehicles, motorists, and pedestrians.