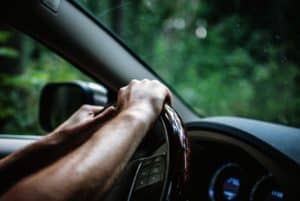 FRESNO, CA (December 17, 2019) – Authorities arrested a DUI driver after a crash on Chestnut Avenue on December 13.

According to reports, the driver traveled at more than 100 mph and rear-ended a semi-truck. As a result, his vehicle got split into two and he got ejected. The man sustained minor injuries and fled the scene.

As officers looked for the man, a 911 call from a woman said that someone tried to break into her home. Upon the authorities’ arrival, they located the driver they were looking for. In addition, it is the brother of the woman who reported on 911.

Authorities arrested him and said that he drove under the influence of alcohol.

Staying within the lanes of the road is an extremely important rule of the road. If you feel yourself drifting into other lanes due to fatigue or any other reason, safely pull over and rest before continuing to drive. You can also call a friend or an Uber to pick you up if you feel like it would be unsafe to drive.

If your safety is under a great threat on the road due to a negligent or an irresponsible driver, contact the experienced lawyers at Sweet Law Group. We have over 40 years of experience in the legal field, and we will fight to achieve the justice and compensation that you and your family deserve. Our attorneys and experienced professional legal team have dealt with cases including wrongful death. Call our offices today at (800) 674 7852 for a free consultation at a location nearest you. In addition, we can also be contacted 24 hours a day and 7 days a week by email, online chat, and text message. Above all, we believe you deserve the best legal representation.